Before she was five, Caitlyn Saurajen could recite Pi to 120 places from memory. The clever kindergartener can now recall 50 memory cards after only two reads.

Her young brother Callum, who turns two this month, can already recognise the alphabet, colours, animals and shapes.

Are these young geniuses genetically blessed with some sort of superhuman intelligence? Maybe. But, according to their mother Jane Saurajen, they are “not smart kids as such”.

Their lawyer mum credits the more likely source for their above-average smarts to the Shichida Early Learning Centre in Chatswood, which they both attend for one hour a week. Ms Saurajen said her daughter had been attending classes there for about three years and her son for about a year and a half.

Caitlyn is now in kindergarten at Wenona and reads at a year two-level.

She can do subtractions, additions and multiplications well-above her age. 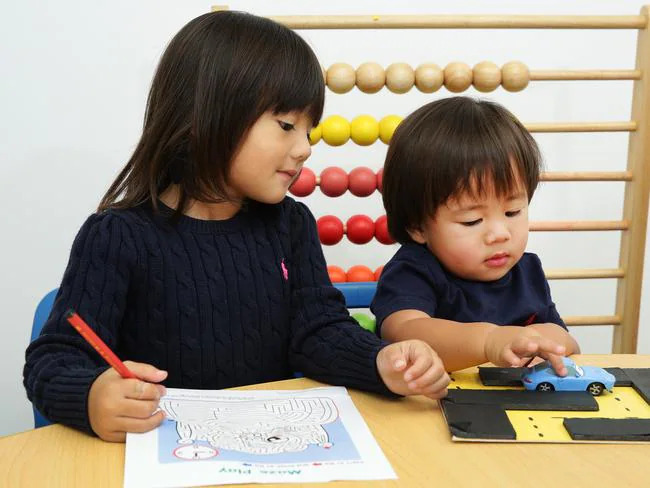 “I’ve noticed my daughter does remember things quite well, she can listen to songs only a few times and she remembered the tunes and the lyrics,” she said.

“She is one of the few kids in her class who can read at her age.”

“He can count to 10. He sings the alphabet and he knows his colours and his shapes,” Ms Saurajen said.

“He will sing along, it’s just play for him.” 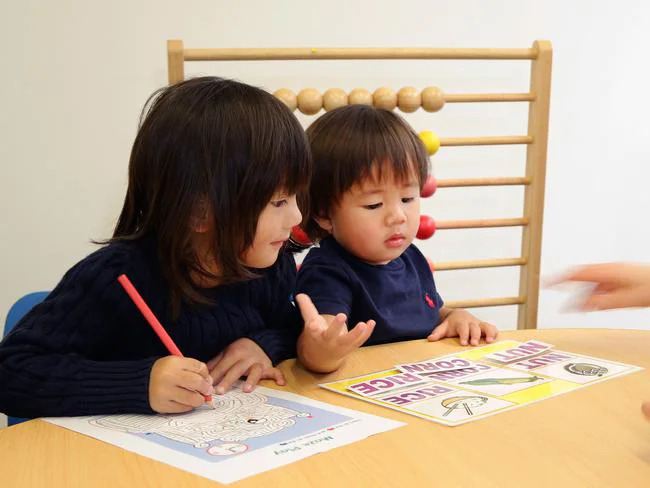 Ms Saurajen, who lives in Mosman, said the classes were “just one of the many extra-curricular activities” the children did.

“There are not that many programs out there for young kids, and you know why not? It doesn’t hurt them and they enjoy it,” she said.

“It does help them to develop to the best of their potential and their ability.

“They do an amazing amount of stuff in that one hour that I could not do at home with them.”

‘PLAY IS IMPORTANT, BUT LEARNING IS BETTER’

The owner of the Shichida Early Learning Centre Shiaoling Lim said parents were forking out hundreds of dollars a day for childcare but not getting a good bang for their buck.

“There are general outcomes like encouraging children to learn through play and become confident and happy learners but in many cases, this isn’t translating to what is happening in the daycares,” she said. 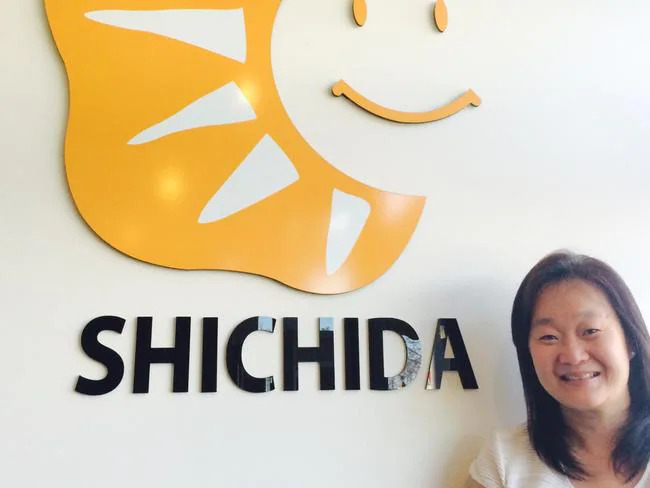 Shiaoling Lim, who owns Shichida Early Learning Centre in Chatswood.
Ms Lim said many child care centres on the north shore — some charging up to $150 a day per child — were more concerned about occupying children than stimulating their learning.

“You’ve got the kids for the whole day, why couldn’t we do something more purposeful? Don’t waste those early years, it is important to play but can be a lot more purposeful,” she said. 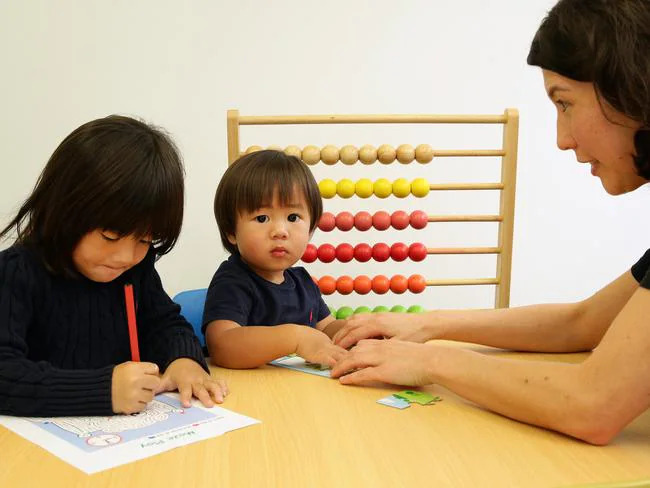 Ms Lim said Australian parents’ aversion to formal education or “hot housing” kids had now caused the pendulum to swing too far the other way.

“We’ve gone too much to the other extreme and say ‘kids should just be kids and play’. Play is important but I think there can be a lot of intentional, purposeful and constructive learning children can be exposed to,” she said.

The Schichida method provided a “middle ground”, she added. 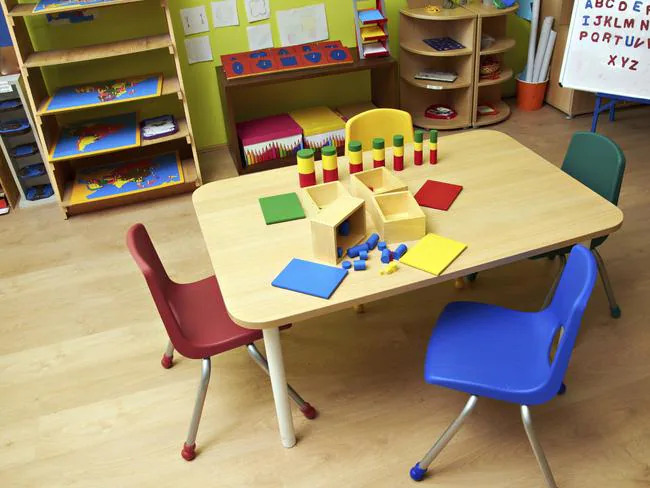 Lim has criticised Australia’s daycare system.
Ms Lim described the Shichida classes, which children attend with a parent for one hour a week, as “like a personal trainer” who taught parents skills and exercises to continue at home.

“It’s a know-how of what to do with the children so you’re not just playing at the sandpit, you could jolly well be at the sandpit but you could be teaching them about quantity,” she said.

“It doesn’t have to be one-to-one sit down formal rote learning,” she added.

While she did not know enough about Shichida to evaluate its effectiveness on early childhood development, she said there was no doubt play-based learning had a positive impact. 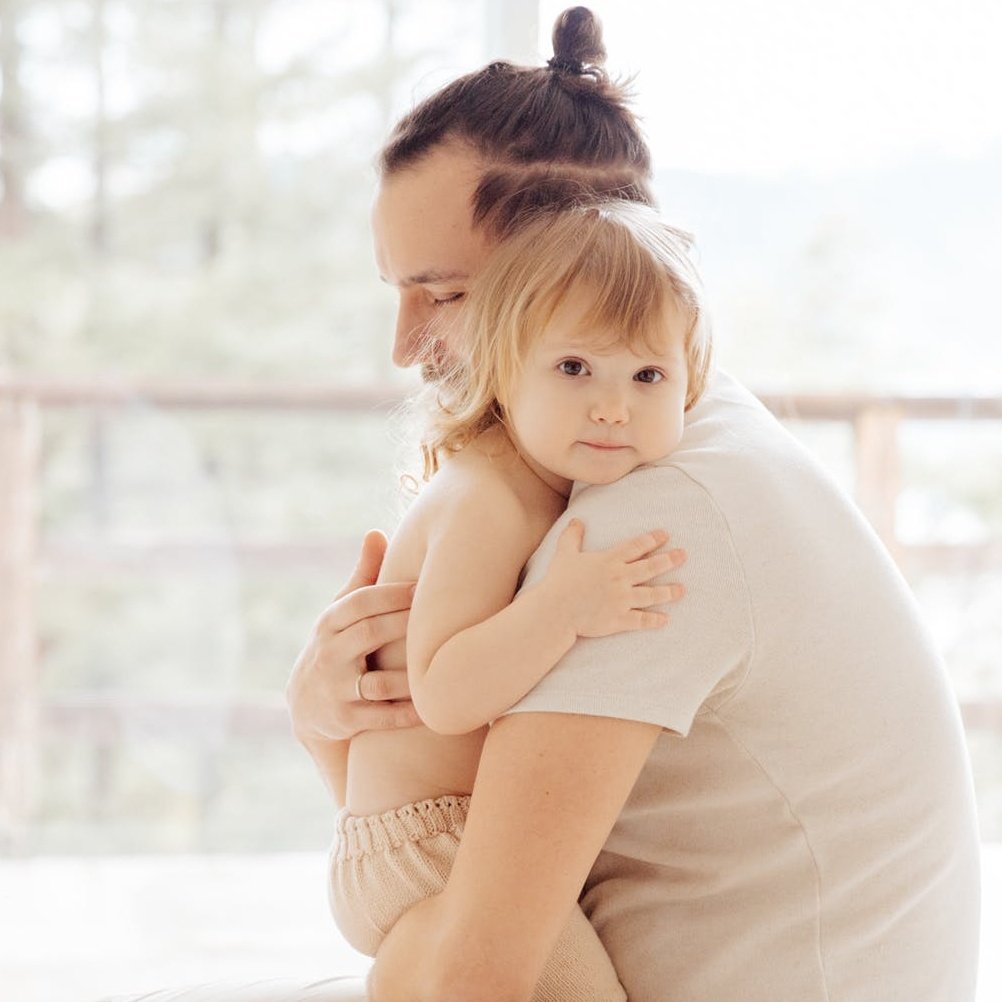