Professor Makoto Shichida led a worldwide revolution in education that is changing the way we understand children, their learning styles and brain capabilities.

Putting the heart and soul back into education 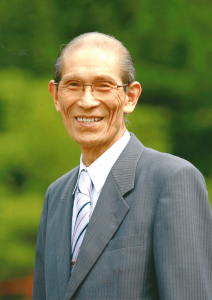 Professor Makoto Shichida began his career as a passionate and much-loved English teacher in Gotsu, Japan. He taught all ages from infants to adults and as his career progressed he noticed how much faster and easier the youngest children were learning. He became so curious about this phenomenon that he dedicated the next 20 years to researching early childhood brain development and psychology.

The Shichida Method was founded in 1958 as the original whole-brain teaching method. It is designed to draw out the innate abilities all children are born with. The first Shichida Early Learning Centre opened in 1976 and its popularity has since grown around the world.

“Shichida Education is a soul education. The main aim of the Shichida Method is not just to give children knowledge but to cultivate their heart and soul.”

Makoto Shichida believed that disconnecting from the right brain aspects of ourselves such as intuition and creativity has created an unbalanced society that favours the competitive, the cognitive and the egotistical.

His aim in creating the Shichida Method was not only to strengthen the neural connections of right-brain abilities in harmony with the development of the left brain, but to teach children and their families how to use these extraordinary abilities to make a positive difference in the world.

Professor Shichida was a fellow of the International Academy of Education and advisor to the  Mathematical Certification Association of Japan.

Professor Shichida had a doctorate in education and was a well-known public figure in Japan for his numerous contributions to brain research and learning achievements. He was awarded the highest honorable Merit Prize by the World Science Council, a distinguished service for World Peace Grand Knight Title in 1997 and the World Peace Prize in 1998. In 2003, he was bestowed the Swedish Academy for Health and Medical Sciences Grand Prize and the Higashiku Ninomiya Invention Award.

Makoto Shichida led a worldwide revolution in education that is changing the way we understand children, their learning styles and their brain capabilities. Sadly, he passed away on the 22nd of April 2009.