This article was originally featured in The Age
By Henrietta Cook and Timna Jacks
Photo: Eddie Jim
Featuring Shichida Mum Rachel and her son George who is confident in mathematics after attending Shichida classes

Before he has had time to blink, another equation appears, and then another. 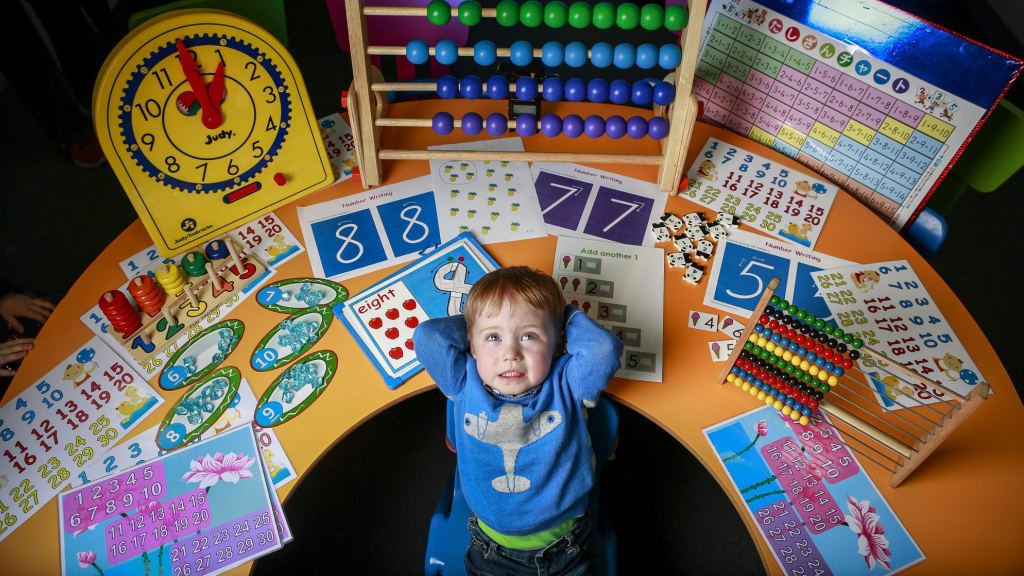 Maths starts early at the Shichida centre in Elsternwick, where children as young as six months old train their brains using a Japanese teaching method.

George already knows his two and three times tables and can count to 15, according to his mum Rachel, who drives for 45 minutes every week to attend the classes.

“He doesn’t see maths as something that is hard,” she said. “He just sees it as another subject.”

As governments, policymakers and educators ponder how to reverse a slump in Australia’s numeracy performance over the past decade, there are growing calls for children to start learning maths before they start school.

Research shows around one third of Victorian grade 1 students are “mathematically vulnerable”, and struggle to learn number concepts.

Australia’s chief scientist Professor Ian Chubb thinks children should be taught maths and science in kindergarten. This is common in Germany, he said.

Ann Gervasoni​, an Associate Professor of Numeracy at Monash University has developed an intervention maths program for primary school students and also helped create an early numeracy program with the Smith Family for three to five-year-olds.

She said parents should be talking to their children about maths from a very young age.

“Every experience that we have during the day is an opportunity to notice and use some mathematics,” she said.

This could involve looking at patterns, shapes, counting and discussing the concept of less and more.

Technological changes over the past two decades – such as the prevalence of smartphones and iPads – meant children were no longer playing board games which taught them maths.

“If you think of board games like Monopoly, snakes and ladders and playing snap, they were always experiencing numbers,” she said.

“When you look at brain research, the little brains are like sponges … the earlier you start the more you develop the brain.”

Back at the Shichida centre, the group of two and three-year-olds are using crayons to circle a sheet of pineapples into groups of four.

“By the time they get out to the workforce, information is exploding everywhere, they need to be able to recall quickly and pull the relevant information together.”

Are the classes putting too much pressure on young children?

“This is not to prepare for your entrance exam,” Ms Lim said.

“Parents are looking for something that can help them engage their children.”